Available on Amazon®
in Paperback and Kindle

When Stephen Ganzberger enlisted in the US Navy at the outset of World War II, he never imagined what would await him and his shipmates in the Pacific Islands as they journeyed aboard a newly-designed ship called a Landing Craft Infantry (LCI). American sailors like Ganzberger—who answered their nation's call and fought on the tiny LCIs—had the perilous job of delivering troops directly onto enemy-held beaches in some of the fiercest combat of the war.

In this long-awaited, richly-illustrated new book, Zach S. Morris weaves a vivid narrative of the World War II Pacific Theater, drawn from declassified military documents, maps, photos, and over a decade of interviews and research. Through his grandfather Stephen's journey and the deeply personal accounts of other veterans, When the Beaches Trembled brings to life the incredible true story of the LCIs in the Second World War: a story rarely told until now. 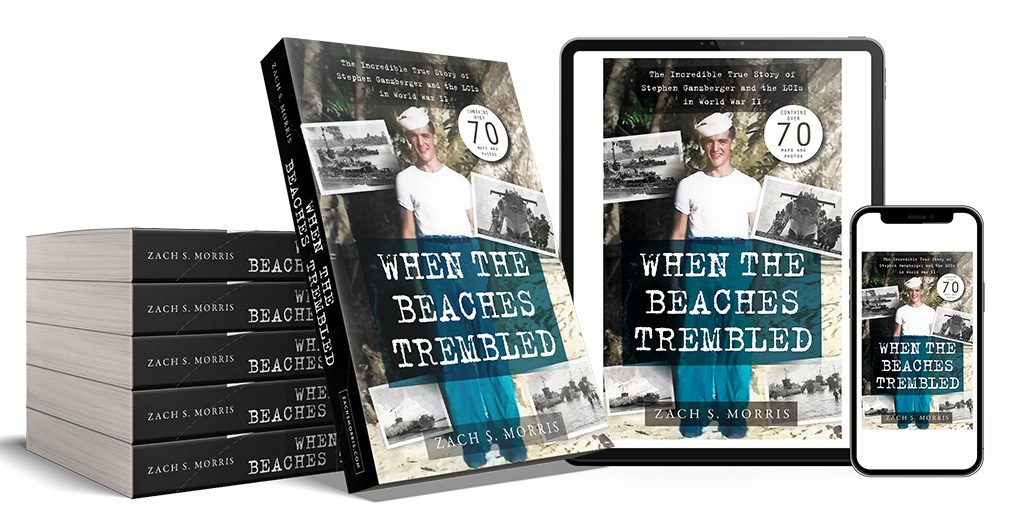